In this post, I am summarizing some materials on dynamic PET imaging, especially the compartment model analysis.

RE is another version of Logan.

The rate constant $K_1$ is capitalized because it is usually in a different unit. 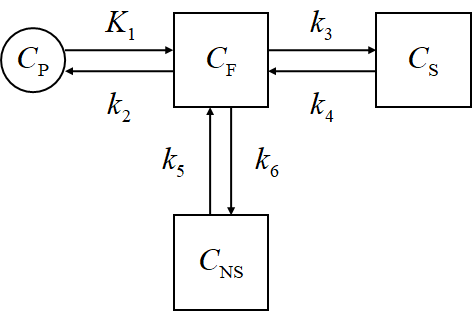 Alternatively, several other types of $BP$ can be defined:

$C_\mathrm{P,F}$ is the free tracers in the plasma,

where $f_\star$ is the free fraction.

The notations are defined later.